One theory on the origin of the whippet is that the miners of Victorian North Eastern England could not afford to keep greyhounds for coursing, so bred down from small greyhounds and called it the whippet which in the 17th century was used to describe “a little cur”. Other theories suggest that terrier outcrosses, particularly with the Manchester terrier were used on small greyhounds.

In the first edition of Mr. Frederick Freeman Lloyd’s book, The Whippet and Race Dog, published in 1894, he states that the Whippet “was originally produced by a cross between the Greyhound and Terrier”, the Terrier blood gives the Whippet his gameness and tenacity, the Greyhound blood his speed, stamina and beautiful conformation.

An other theory avoid thepossibility of a cross between terrier and greyhound. W. Lewis Renwick wrote in 1956 “I do not think that this evidence is strong enough to establish this claim; it seems such an easy way to get the answer, for it is obvious that a Whippet is of Greyhound type (it is just as obvious that the Italian Greyhound is of Greyhound type too), but I can see nothing in the Whippet that points to a Terrier’s conformation. He believed that whippet are simply a reduced greyhounds.

However the English Kennel Club recognized the Whippet as a breed in 1890, and today is one of the 13 sighthound breeds recognized by FCI 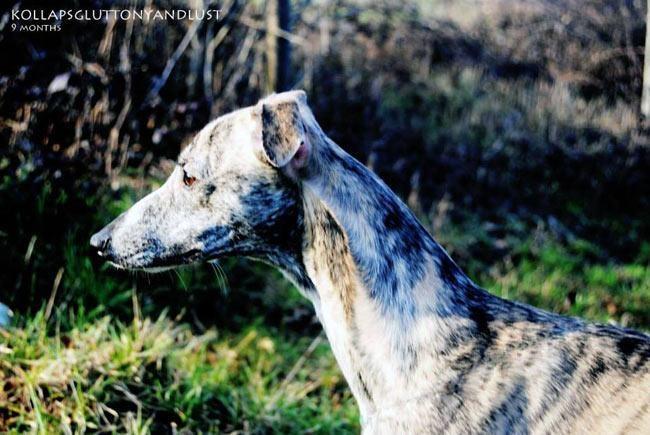 First of all, general considerations are necessary to understand the right shape of a whippet neck. Neck must be considered concerning the breed. The conformation of the neck is subordinated to the shape, direction and dimensions. A neck could be: straight or arched. 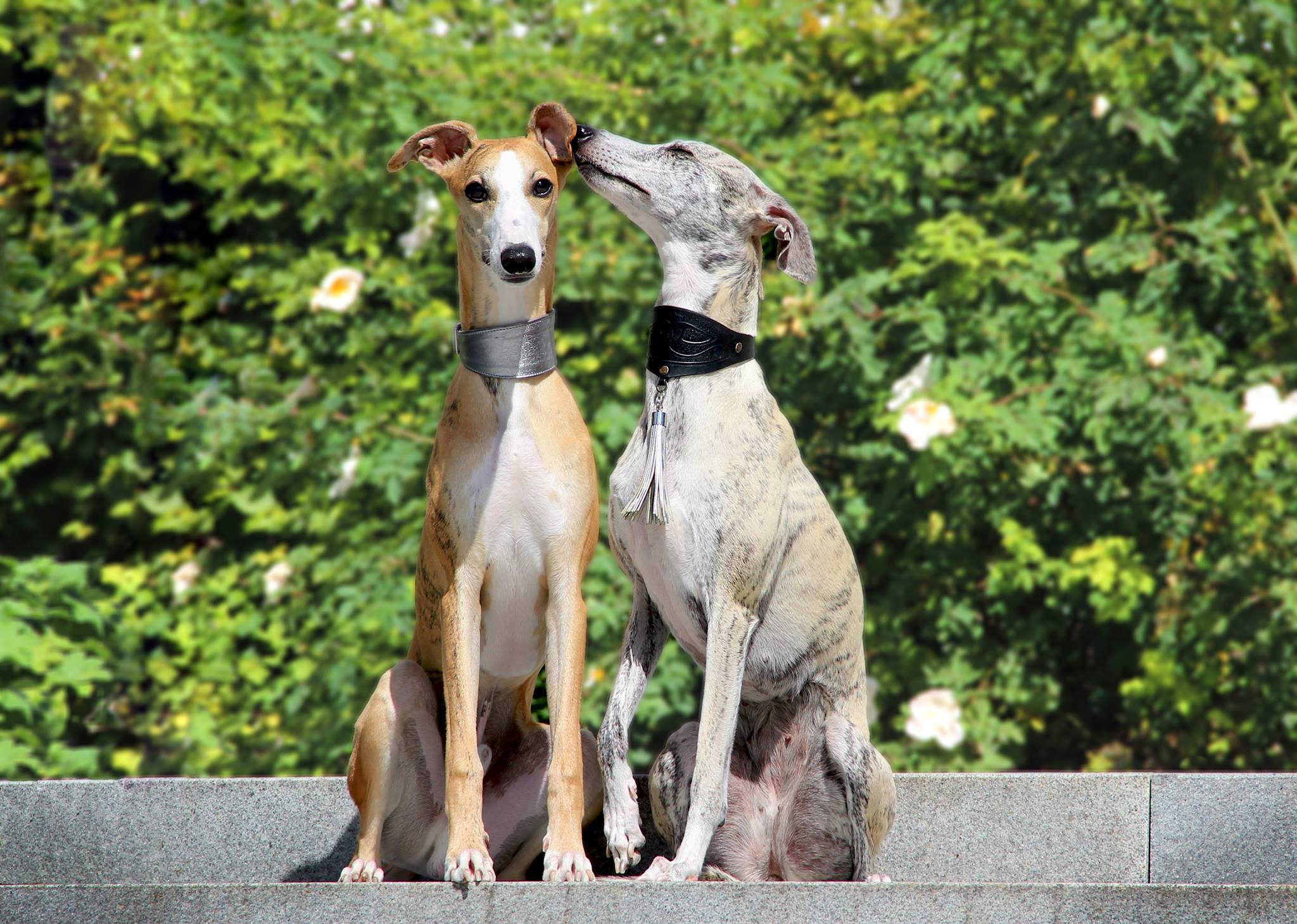 Rose-shaped are upright ears that fall to the side, resembling a distinctive flower form. Greyhounds, whippets, bulldogs and pugs all have these ears. Bulldogs and Bull Terriers, were bred with ears set high but laid far back on the head—where they’re safer from dog bites. Greyhounds and Whippets, on the other hand, have an even farther back placement to streamline their heads, making them faster when they run. Looking at not only the rose shape, but also at where the ear itself is placed, helps determine the function. 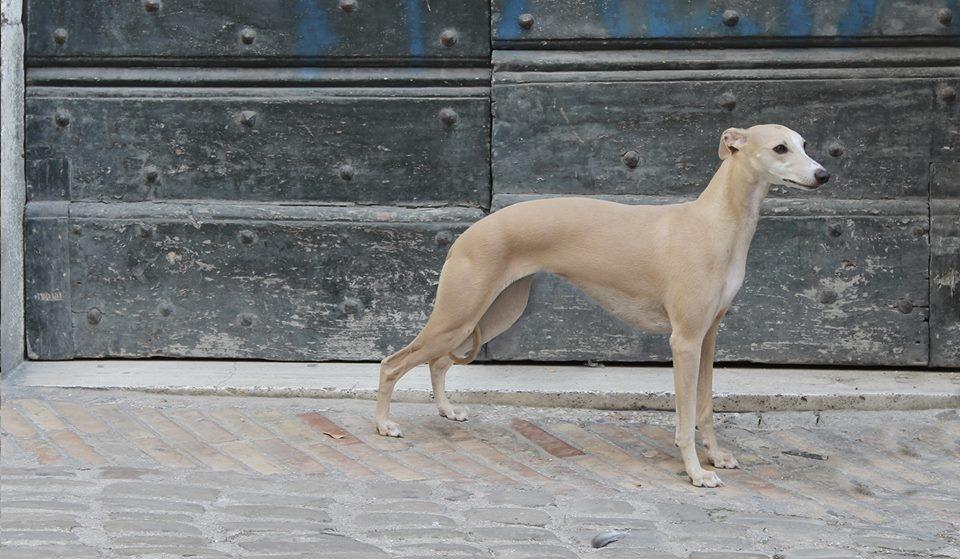 This Illustrated Breed Standard is especially prepared as an education tool for breeders and judges as well as others who may be interested in expanding their knowledge of the breed.