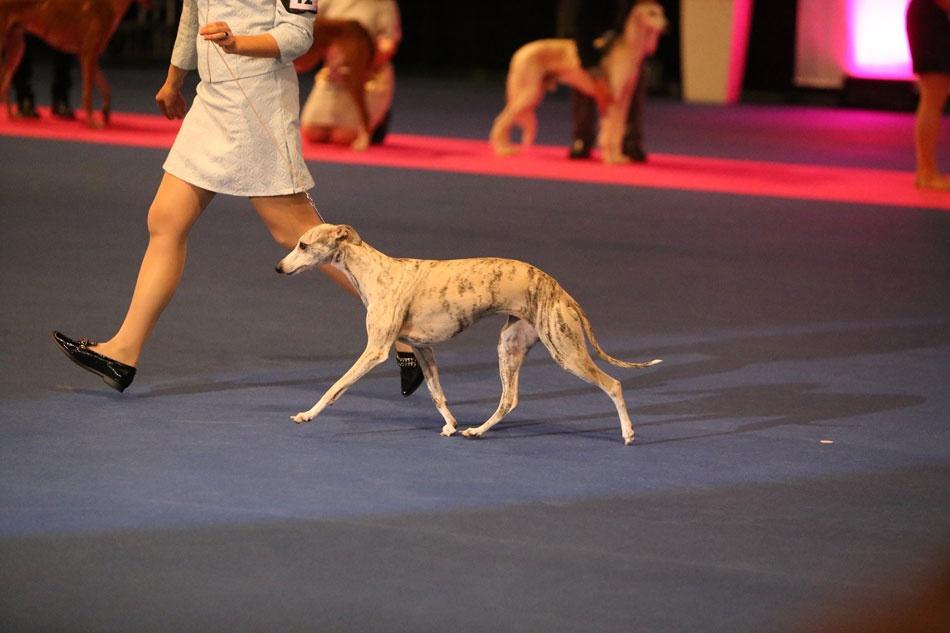 Rose - Bethlehem Star, is a whippet female from Casargo Whippet.

Kollaps Sleeping by Day is a whippet male bred by kollaps from Cesar Litter.

Classes in which the CACIB can be awarded:

To enter a dog in Champion Class, one of the following titles must have been confirmed by the day of the official closing date of entries; proof of this, by copy, must be enclosed with the entry form.

Puppy Class (from 6 to 9 months) optional

Junior Class (from 9 to 18 months) compulsory

Veteran Class (from 8 years and over) compulsory

CACIB – Certificat d’Aptitude au Championnat International de Beauté de la FCI The only dogs which can be taken into consideration for the CACIB are those which have been awarded “EXCELLENT 1” in intermediate, open, working and champion class.

A CACIB can only be awarded if the dog in question has been assessed as being of superior quality. The CACIB is not automatically and compulsorily linked to the “EXCELLENT 1”

The Reserve CACIB is awarded to the second best dog which was given the qualification “EXCELLENT” from the above mentioned classes. The dog placed second in the class where the CACIB winner comes from can compete for the Reserve CACIB, if awarded excellent. It is not compulsory to award the Reserve CACIB.