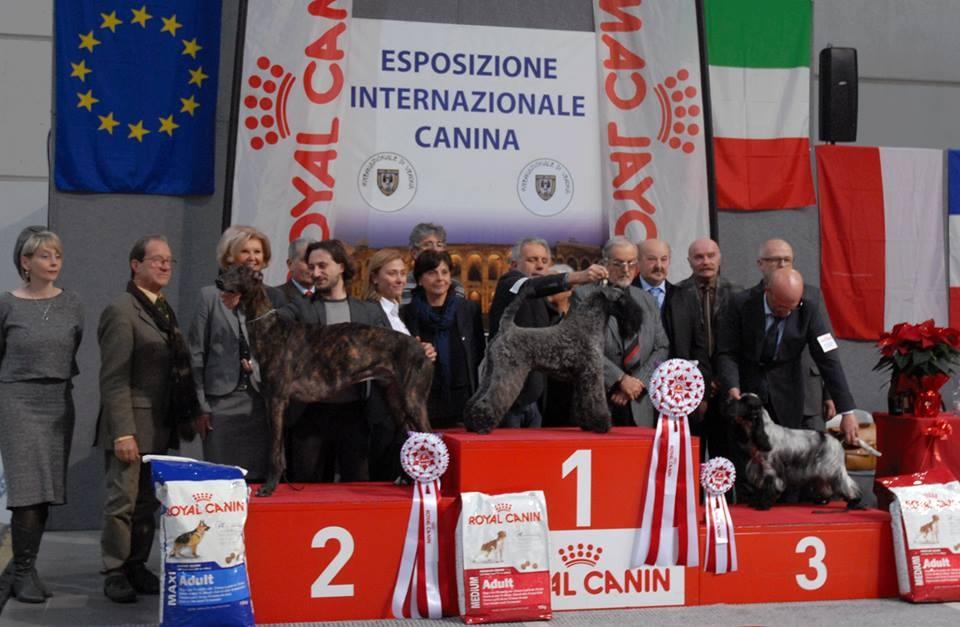 At Verona international dog show the greyhound male Kollaps Melibeous is BOB BOG and RES-BEST IN SHOW all breeds!